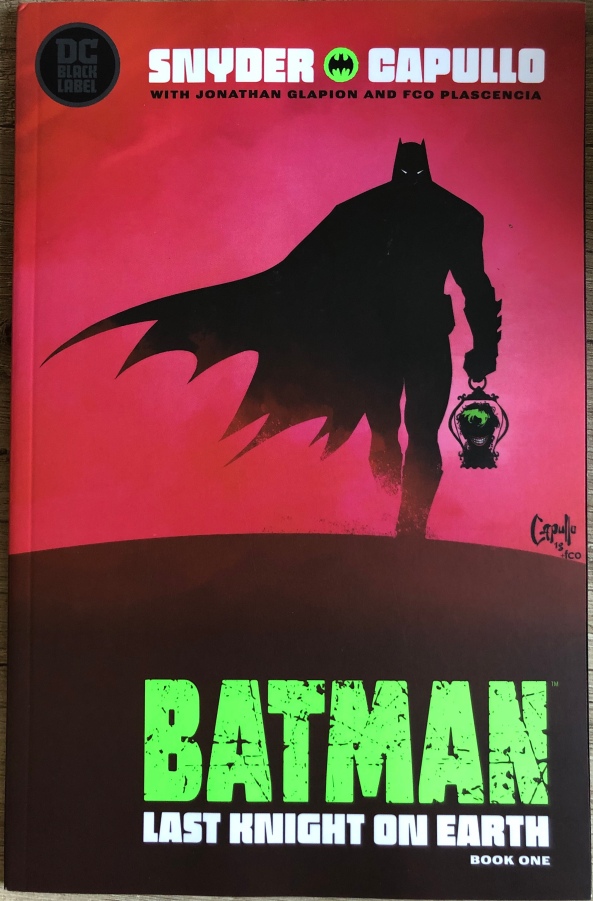 Short info on the edge; The Amazing Spider-Man reviews will be continue in late July 2019!

Bruce Wayne was never Batman. The last 20 years of his life were a delusion and all the villains were doctors, nurses and carers at Arkham Asylum … okay, it’s not that simple. Something happened.

A horrible event has brought the earth into chaos and the heroes have lost. Together with the head of the Joker, in a kind of fishbowl, Batman sets out to recapture the earth for those who have survived and now live under the protection of Wonder Woman, as well as their Amazons in the underground. 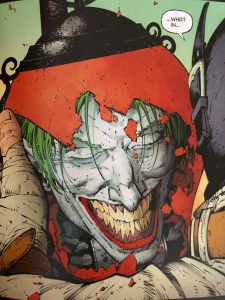 As you know I’m a fan of dystopias and / or post apocalyptic settings. That’s why Batman: Last Knight on Earth hits a nerve with me, and as Scott Snyder writes the story, we get a deep insight into Bruce Wayne’s psyche.

I have to praise the introduction, which bears Snyder’s handwriting so strongly and shows Bruce Wayne as the dangerous patient of the Arkham Asylum, but then turns the whole story upside down with an emotional twist. Here also the division into four chapters fulfills its purpose in the asylum half and the dystopia half.

The interesting story is complemented by the strong drawing style of Greg Capullo, which, like the Lee Bermejo style, fits perfectly with the dark knight. Especially the faces are full of emotions and have their very own memorability!

All in all, Batman: Last Knight on Earth exudes its own charm and fascination, as you only know from a Snyder / Capullo comic. The story is fascinating and impresses with a twist and interesting twists as well as an ingenious performance by the joker. Visually, the comics also like and capture the story in powerful images.

If you like Batman, you can not avoid this comic. If you are looking for comics for adults, you can not ignore this work.

That’s why I give Batman: Last Knight on Earth the special reading rating and I’m looking forward to the second band! That’s it from my side.

We read in the next post. Have a good read!

Just a gal talkin about love, life, and loneliness