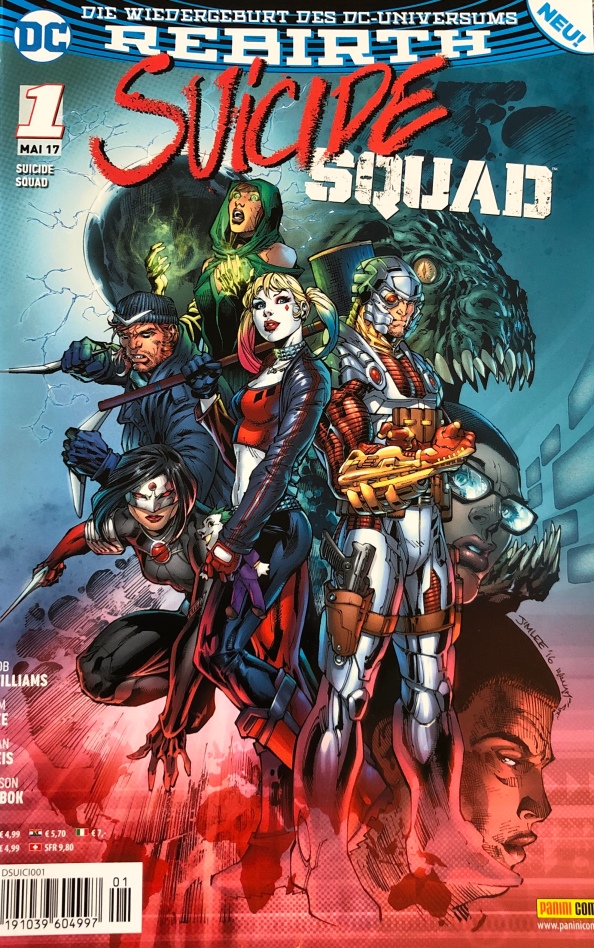 Worst heroes ever …. no let’s forget the PR-phrase of the horrible Suicide Squad Realfilm. The comics establish the team as intended and as a bunch of supervillains are being monitored by two „good guys“ and their boss!

After the Suicde Squad was compiled in the eponymous Rebirth Special by Amanda Waller, there is already the first real mission!

In Siberia, alien technology was discovered and hidden in an underground military complex. With such technology in the wrong hands becoming a deadly danger, Amanda Waller’s suicidal Black Ops must be on the alert to eliminate the danger in advance. If a few super villains die, no one is sad …

There is also a small Origin of Captain Boomerang, a member of the Suicide Squad.

Sucide Squad Issue 1 is a great introduction to the series and a pretty epic prelude to the „Steel Crypt“ saga. Action alternates with humor and each team member gets enough screentime, not to be forgotten already after 3 panels. There is also a small but very entertaining episode in which the Origin Story by Captain Boomerang is told and which reads very entertaining.

Visually, the band is amazing and Jim Lee’s drawing style fits perfectly with the dark and dirty tone of the comic. The style is reminiscent of the old Image Comics of the 90s and my highlight was the appearance of General Zod, the old ass ripper.

All in all, Suicide Squad # 1 & # 2 make a great debut in the Rebirth series and show what’s in the suicide squad. The comic is extremely pleasing to the eye, but there is also plenty of narrative. Action and humor alternate pleasantly, which creates a very positive overall picture.

That’s it from my side. We read in the next post!

Just a gal talkin about love, life, and loneliness